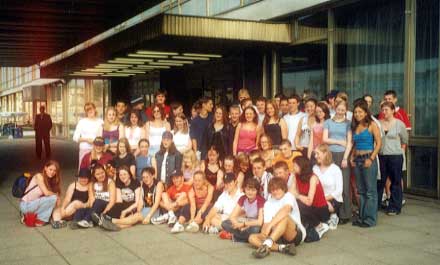 69 students aged 14-18 and 7 staff met up at the dead of night (1am) on Monday August 20th at Asda car park, Rawtenstall armed with suitcases ready for the trip of a lifetime to the two historic Russian cities of Moscow and St. Petersburg. Some slept, others refused to as we made an overnight journey to Heathrow and then caught our plane to Moscow.

Our first taste of Russia was a chaotic passport control queue, although the word queue is not entirely accurate. It took 1½ hours for everyone to get through - students not entirely convinced by party leader, Kevin Grehan's assertion that this was all part of the Russian experience. Strangely (he argued mere coincidence) he negotiated the 'queue' in ten minutes! We were then taken to our hotel which made students and staff gasp in awe and wonder - no exaggeration! The Hotel Ukraine - 30 floors - was one of Stalin's so-called 7 Sisters buildings and inside was very plush with stunning architecture and interior painting and superb en-suite rooms. The view was amazing, the Moskva river and the White House Parliament building, made famous by the 1991 attempted coup against Gorbachev and ended by Boris Yeltsin, later President, climbing on a tank imploring the army not to crush Russia's freedoms - he succeeded.

Our first full day's touring began with a visit to the imposing university sector of Moscow (another of Stalin's 7 sisters as it's focal point) and the best views of the city from Sparrow Hills (called Lenin Hills until the collapse of Communism). This area gave pupils their first opportunity to buy souvenir Russian Matrioshka dolls, fur hats etc and to practice their haggling skills. It was like a locust frenzy but good fun was had by all. We then visited the historic Red Square, scene of Communist May Day military parades from 1917-1991. We visited Lenin's Mausoleum and were able to walk past the founder of the Communist Russian State's preserved body still lying in state 77 years after his death - rumours that it is now simply a wax dummy were firmly dismissed. We also visited the famous Gum, formerly state run, Department Store. The evening was spent with a relaxing boat trip down the Moskva river with excellent views of all the main sites including the Kremlin Walls as well as the stunning monument to Tsar Peter the Great.

Our second full day was mostly spent in the fortress of the Kremlin. First of all however, we visited the impressive and grandiose Victory Park and Borodino Arch, a monument to the Russian victory over Napoleon in 1814 and a museum to commemorate the immense suffering endured by Russia in the Great Patriotic War 1941-5 against Hitler when up to 20 million Russians were killed. At the Kremlin we visited the world famous Armoury Museum containing Coronation dresses, crowns and carriages belonging to Tsars and Tsarinas including Catherine the Great as well as the world famous Fabergè Eggs - most amusing was a full blown row between Mr. Grehan and a fierce Russian female guide - possibly Stalin's daughter - who pushed in with 40 Americans and refused to allow our pupils to see the Fabergè Eggs - ended in a draw! We also visited the Golden-domed Cathedral of the Assumption containing amazing frescoes and icons as well as visiting the world's largest cannon and the world's largest bell though a large chunk had fallen off when some clever person in the 18th century poured hot water on it whilst frozen!! Our day ended with a whistle stop tour of the unique Moscow metro system with chandeliers, different designed frescoes, wall paintings and statues in each station - specially commissioned by Russian dictator Stalin in the 1930's to show the wonderful achievements of Communism.

Our last day in Moscow, once we packed and checked out, began with our Year 11 pupils receiving by fax from England their GCSE results. They all did wonderfully well and you could not remove the grins from their faces for the rest of the day - 2 of the girls were informed that they had achieved top 5 marks nationally in different subjects - Liza Grimshaw (science) and Clare McTernan (history). We then visited the stunning Church of Christ the Saviour destroyed by Stalin in 1931 but rebuilt to the same specification. The views from the platforms around the top were quite amazing.

Finally in Moscow we visited the Revolution Museum which focused on the life of Nicholas II the last Tsar and looked at the turbulent history of Russia in the 20th century including the Communist Revolution, Civil War, the despotic rule of Joseph Stalin and the horrors of World War II.

Perhaps one of the most exciting parts of the trip was the overnight rail journey to St. Petersburg - crammed cosily four to a couchette: some slept well, others didn't - it was a unique experience.

We only had an hour for breakfast in our plush Hotel St. Petersburg before we had a full day's tour of Russia's old capital built by Peter the Great in 1703. We visited Peter's Log Cabin, a simple 3 roomed building where he lived for six months as he oversaw the construction of his new capital. We could see his boat, chair, bed and even his pipe! At least Mr. Grehan was impressed. We then visited St. Isaac's Cathedral which has the third largest dome in the world after St. Peter's in Rome and St. Paul's in London. It's interior with huge malachite columns as well as superb frescoes was quite stunning. We then visited the even more startling architecture of the Church of the Spilled Blood, built on the spot where Tsar Alexander II was blown up by terrorists in 1881. We had then a much needed restful night at our hotel with time to enjoy the beautiful view across the River Neva with the Hermitage Museum, Winter Palace and the Cruiser Aurora moored there - this was the ship that fired the shot to signal the start of the Communist Revolution of 1917.

Our next day was perhaps for many the highlight of the whole trip - began with a visit to the world famous Hermitage Museum incorporating the former residence of the Tsars, the Winter Palace - it is said that if every exhibit in the museum is looked at for one minute, it would take 3 years to see everything. We had about 4 hours but in that time we got a real glimpse of the immense wealth of the Tsars by viewing the stunning state rooms and ballrooms etc as well as some of the world's greatest paintings from Raphael and Rembrandt as well as an Impressionists' gallery. Some of our art students thought that they had arrived in heaven itself. We then had a stroll around the Palace Square where in 1905 400,000 people gathered to beg the Tsar to alleviate their poverty - his troops responded by firing indiscriminately into the crowd - hundreds were killed and 12 years later the same square was the scene for the February Revolution which toppled the Tsar Nicholas II and the October Revolution when Lenin and his Communists seized power - a truly historic place!! Mr. Grehan, being a history teacher, could hardly be dragged away from this place - a memorable trip for everyone. After lunch, at McDonalds (they get everywhere) we visited the Peter and Paul Fortress - firstly to the superbly ornate Peter and Paul Cathedral where the Tsars are buried and then to the gloomy prison where Lenin's older brother was executed. We then had an on board visit to the Cruiser Aurora where some of the girls found some apparently attractive Russian sailors. We also saw the cabins as well as the very gun which fired that first shot in 1917 to signal the start of the Russian Communist Revolution. The evening was spent shopping on the St. Petersburg equivalent of Oxford Street - Nevsky Prospekt - most amusingly two of the staff, Mr. Grehan and Mr. Ormerod who had been telling the students all week to be careful with their money, bought 2, 20 piece Matrioshka dolls for 8600 roubles thinking that was £20 - it was actually over £200 - embarrassment was total as was the amusement of the pupils - they will never be allowed to forget it.

Our last full day was also thoroughly memorable. It began with a trip to the Gulf of Finland - to Peterhof where we visited the sumptuous palace built by Peter the Great for his daughter Elizabeth - most memorable of all however were the extensive gardens and fabulous fountains - allowing students and staff to cool off on a sweltering day. Peter the Great had special fountains built which only worked if you stepped on certain stones - he obviously had a unique sense of humour - the grand Cascade of Fountains which eventually emptied into the sea was a splendid final sight. In the afternoon we visited Pushkin Palace and grounds, again showing the opulence of the Tsars. A great day was rounded off firstly by a visit to a Russian folklore show with dancing and singing, colourful costumes and a guest appearance by one of our pupils, Matthew Lye, who was a natural! This was followed by our last night as a group spent at Pizza Hut where a bust of Lenin was presented to the staff leaders and a birthday cake was provided for Andrew Richardson's 16th.

The last day began with packing before we went to the 2nd World War Museum commemorating the Nazi's siege of Leningrad from 1941-1944 when some 670,000 Russians, mostly civilians, died from cold, starvation, disease as well as from the intense bombing that took place night and day. The piece of bread on display that was their daily ration, really brought the suffering home but in the end Hitler was defeated. We then had our final excursion to the Pavlovsk Palace and Gardens which belonged to Tsar Paul I and was in a much more classical design than the others. We then made our way to St. Petersburg airport, having a much easier passage through Passport Control than our arrival and arrived back in sunny Gatwick in the early evening. Most - certainly the staff - slept on the journey back to Asda car park, Rawtenstall, where we arrived just after midnight. The end of a trip in which the students hopefully have memories that will last them a lifetime. 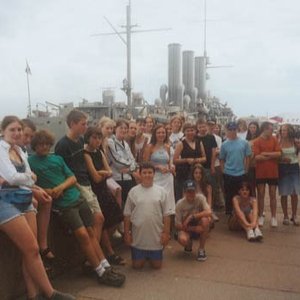 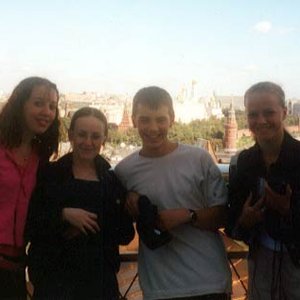 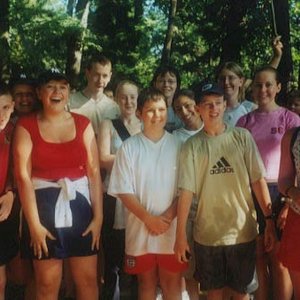 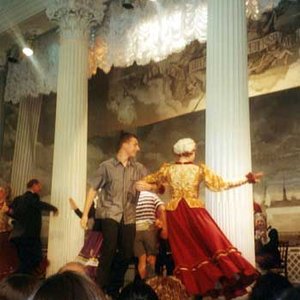 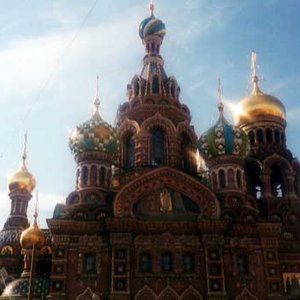 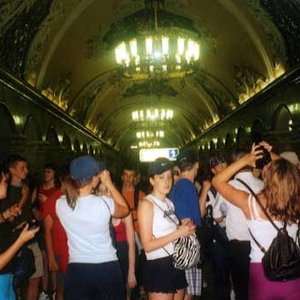 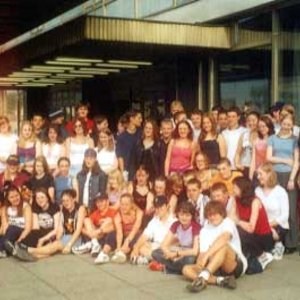 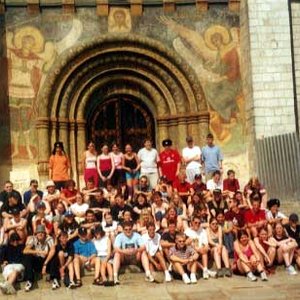 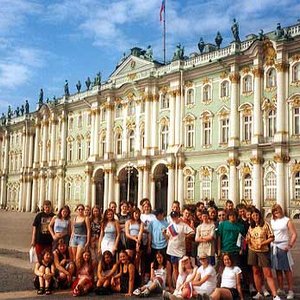