A Servant of Two Masters – A BRGS Theatre Production 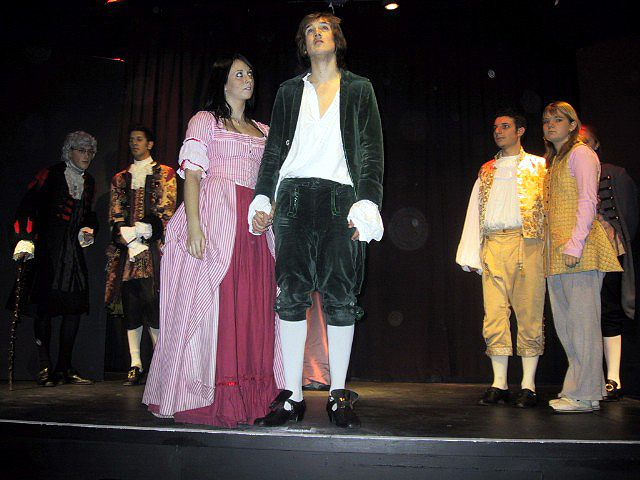 Performing farce is a bit like tightrope walking – you’re either very good at it indeed or you come a cropper! It’s therefore probably just as well that the BRGS students that presented Goldoni’s “A Servant of Two Masters” on the evenings of December 3rd, 4th and 5th 2003 were very good at it indeed.

The play itself has an unusual history. Traditionally the actors in Commedia del Arte were given only storylines, that wove together outrageous plotlines with a set of stock characters. Goldoni, who actually saw himself as a bit of a tragedian and considered comedies somewhat beneath him, eked out a living providing actors with such storylines. However he was so appalled by what a particular group of actors did to the “Servant” storyline that he broke with tradition and gave them the actual lines. Given the nature of the Commedia tradition and the perversity of actors, this probably made very little difference, but none the less it was a first!

Commedia was a very rough and ready theatre, a sort of controlled anarchy. A group of actors would turn up in the town square, erect a high platform and deliver. How much they earned depended upon how much they pleased the crowd. And people being who they are, that meant broad farce, satire of local and national officials and institutions and as many sexual references as you can reasonably fit into a couple of hours of theatre. It was our challenge to recreate that formula for a modern and what we sometimes consider a more sophisticated audience.

We updated the original text, applied contemporary references – there are times when Tony Blair is a godsend! – and gave free reign to our collective dirty mind. The result was a sort of Carry On Renaissance Italy crossed with the two most unbelievable love stories ever put on the stage and spiced with just a bit of Graham Norton. And it went down a treat!

It is, of course invidious to name individuals in what is such a collective effort, so I will. Although the cast was made up mainly of Sixth Formers, our production was also graced by performances of two Year 10 students, Robert Cowan & Simon Kroll, who are now veterans of school productions. They both gave confident, well rehearsed performances and occasionally got their lines in the right order! The thankless task of playing the lovers fell to Poppy Cooper and Stephen Claxon who breathed both life and humour into two very dull characters and charm less characters. Amanda Harris, ably assisted by Simon Kroll, was a masterpiece of timing as the waiter in a scene that begins in madness and then spirals even further out of control. Saswata Sen brought an erudite dignity to the role of Dr Lombardi and Smeraldina, the servant woman, was seductively brought to delightful life by Roxanne Edworthy.

Kayleigh Mills dressed herself as a man and became Beatrice, pretending to be her brother, who had actually been killed by her lover, who had fled from Turin and was now looking unsuccessfully for Beatrice in Venice not knowing she was disguised as a man, whilst staying at the same hotel and sharing the same servant – or something like that! She trod the line between being a woman pretending to be a man with aplomb, letting the audience know whilst keeping the characters in the dark and she revealed herself as a woman in a manner more befitting page three of the Sun than classic theatre!

It would be impossible to talk about this production without singling out the work of Roger Beale and Graham Butler – two members of my Year 13 Theatre Studies group. If the pair of them can turn in this level of work, at this age, without formal training (mind you, they have a wonderful teacher!) I can only guess the standard of which they are potentially capable. Theatre is hard work for the practitioners, great theatre doubly so. Yet they managed to commit themselves fully to this production, turning out performances that would be considered excellent in the professional theatre whilst maintaining their academic careers in school. Roger built the character of Florindo from few textual clues into the personification of comic pomposity.

He completely inhabited that character, to whom he brought a physicality and a voice that perfectly fitted the production. He has a presence and comic timing way beyond his years that he used to excellent effect.

Graham Butler bravely took on the very difficult title role – the servant who realises that having two masters means twice the money and twice the food. He seems to forget that it also means twice the work and – when both masters happen to end up staying at the same inn and are actually lovers (don’t ask!) – twice the confusion. The part depends entirely upon the character’s relationship with the audience to whom he frequently speaks, interrupting the play’s plot. To build such a relationship into a performance whilst coping the other rigours of acting is difficult enough, To do it with the skill, intelligence and stagecraft displayed by Graham is astonishing. The play stands or falls on the actor’s ability to bring Truffaldino to life and make him the audience’s friend. The script demands a consummate comic timing, an ability to respond to a different audience every night and incredible physical control. If we add to that the complexity and sheer number of the lines – most of which he managed to get in at some, though not necessarily the right, point – it is a role that would tax the most experienced of actors. That he made it all look so easy is a testament to a great talent and a lot of hard work.

School plays are often embarrassing occasions, beloved of the cast and their families and endured by the rest. We didn’t do “school play”. The young people with whom I was privileged to work did something far more difficult; they committed an act of theatre. I can offer them no greater praise.

Oh, and they had a stunning director! 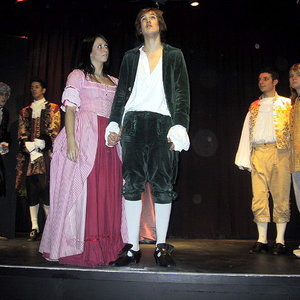 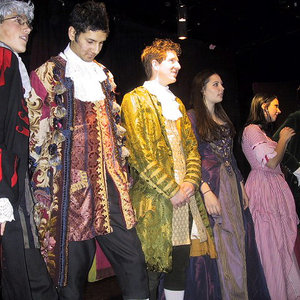 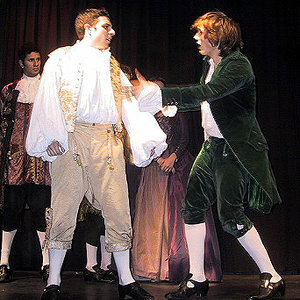 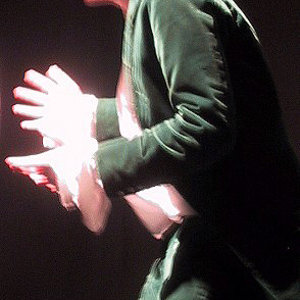 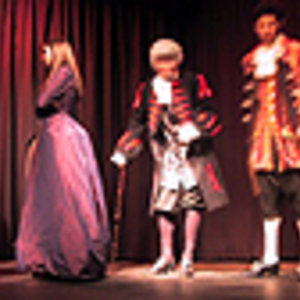 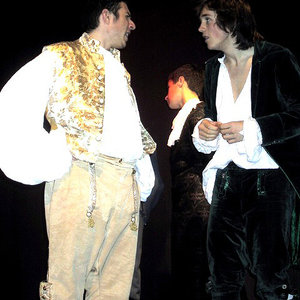