Hundreds of pupils at Bacup and Rawtenstall Grammar School and Waterfoot Primary School enjoyed sunny weather on Tuesday morning to catch a glimpse of the planet Venus crossing the face of the Sun.

The Grammar School’s Head of Physics, David Archer, set up a simple system using binoculars to view a projected image on a shaded screen, showing a bright circular image of the Sun with the tiny back dot of Venus creeping slowly across during the morning.

Reaction to the spectacle varied from the questions of seriously interested scientific minds to the “Wow, isn’t that amazing”, to the frankly sceptical who thought the whole thing was a con and Mr Archer had drawn a black dot on the screen!

Mr Archer explained that these “transits”, which occur when the Earth, Venus and the Sun are exactly in line, occur very rarely and no living person has ever seen one. The first transit ever observed was in Lancashire in 1639 by a young man named Jeremiah Horrocks who had re-calculated the orbits of the planets and realised that one of the rare transits was going to occur a few weeks later. Since then transits in the eighteenth and nineteenth century were used to try to measure the distance to the Sun, with increasing accuracy.

“It helps to understand our place in the Universe and to appreciate scientists like Horrocks who achieved so much with very limited data and without a calculator!” said Mr Archer. 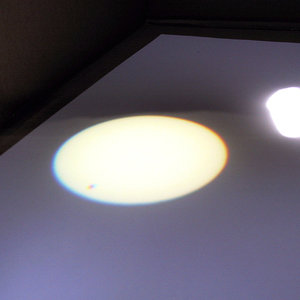 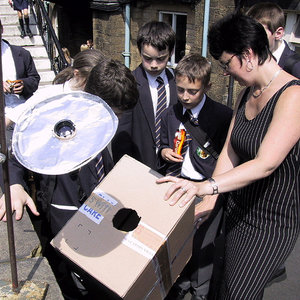 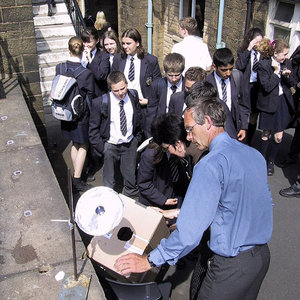 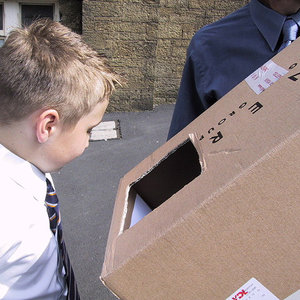 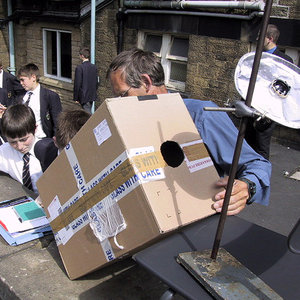 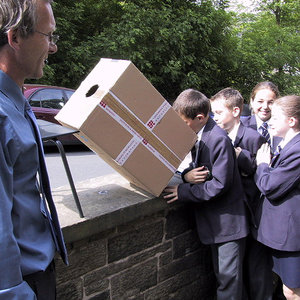