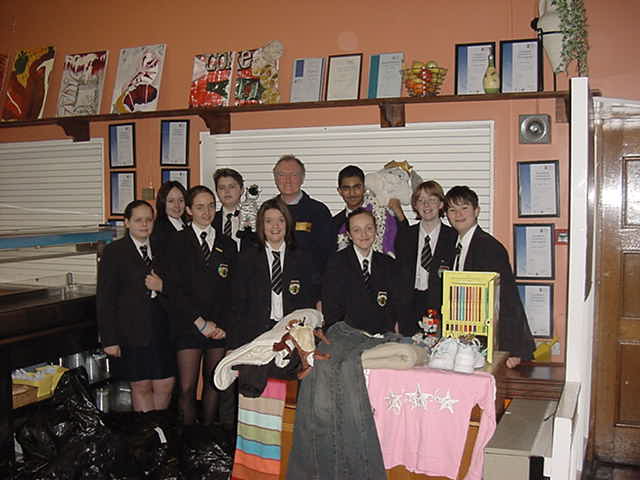 Pupils currently in Year 9 have been collecting items to donate to the children of Belarus, who are still suffering the consequences of the Chernobyl disaster.

A Year 9 Charities Committee has been selected to co-ordinate future fundraising events for our Chernobyl Charity, with representatives in each form:

Teachers who are involved: Mrs Young who is Head of Year 9 and Miss Hayes who is 9R's form teacher.

Below are more photos of the Year 9 Charities Committee and the items they have been collecting for the children of Belarus. Also pictured is Stuart Carmichael, a charity representative from the West Pennine Branch of the Chernobyl Children's Project who came to collect the items!

What happened in Chernobyl?

On 26th April 1986, reactor no. 4 of the Chernobyl nuclear power station exploded. It was the greatest industrial disaster in the history of humankind!

One hundred times more radiation was released than by the atom bombs dropped over Hiroshima and Nagasaki.

The contaminated territories are the north of Ukraine, the south and east of Belarus and in the western border area between Russia and Belarus.

This led to terrible health-related, economical, social and psychological consequences for people living in these areas, and the generations after them. Many children have been orphaned or are ill, and this is why we aim to bring them some happiness in their lives with the items we donate! 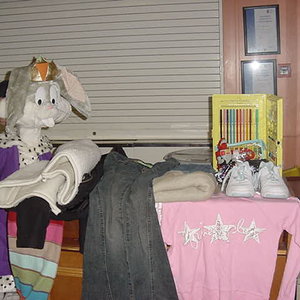 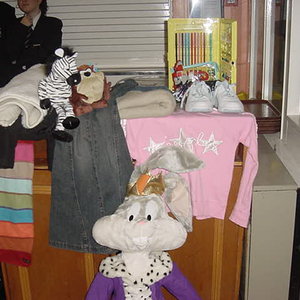 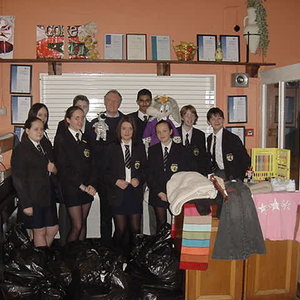 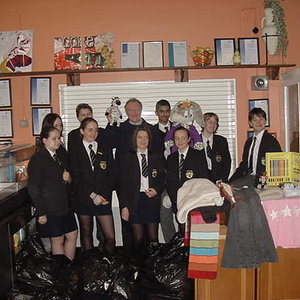 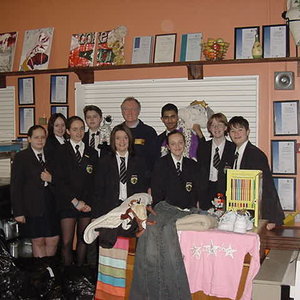 The items donated in January and beginning of February (unwanted Christmas presents) have now been collected!

Thanks to everyone who contributed items for the children of Belarus!

Stuart Carmichael, from the West Pennine Branch of the Chernobyl Children's Project (UK) spoke to pupils in assembly on 9th February about their work with the children of Belarus.

View and save a leaflet from the Chernobyl Children's Project (UK).

Previous Appeals from the Year 9 Charities Committee to help the children in Belarus:

Before Christmas you were asked to donate items of clothing, so thank you to those of you who kindly donated! The clothes were sorted and given to the Chernobyl charities representative.

For some very detailed information about the effects of the Chernobyl disaster you can visit Chernobyl.info