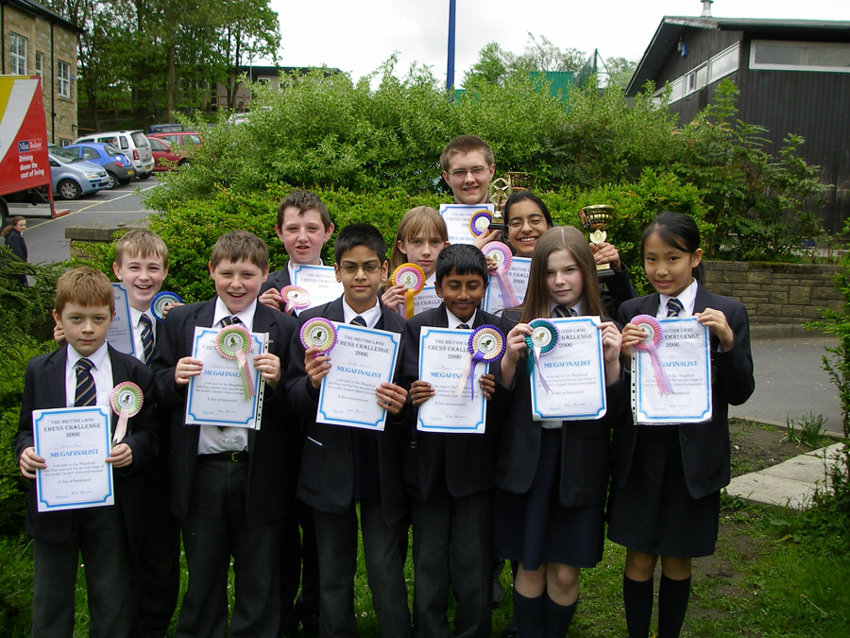 The British Land UK Chess Challenge is, according to the organisers, the largest chess competition in the world. In 2004 it involved over 71,000 competitors across the British Isles. 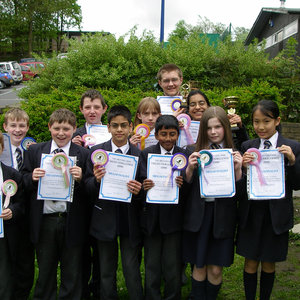 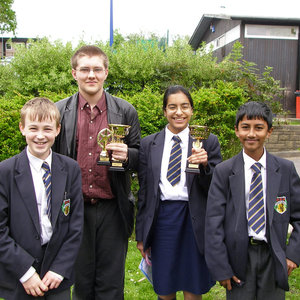 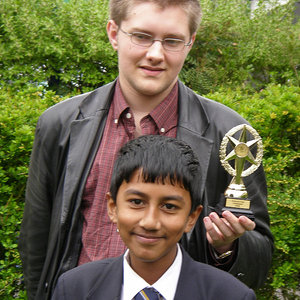 The Lancashire Megafinal took place at Hodgson High School in Blackpool, a very intimidating venue, lines of cramped desks for nearly 400 competitors in a huge gym.

One of the competitors described it as being like a prison. The competition was fierce, including a national Girls' U16 champion, the son of a chess grand master, a significant number of chess club members and the girls were placed in a large pool from U12 to U16, so that that Y7 competitors were playing Y11 experienced players.

To qualify for the Gigafinal (the National Northern Final) the competitors had to win four out of six games. Shivali Kohli and Gareth Ashworth won four and received trophies as best in their age group. Lawrie Brailey, Jordan Bond, Luke Pauline and Josh Rawlinson missed out by a whisker, winning three games, which is extraordinary as they had no previous experience of the competition. Most of the rest of the competitors had two wins and all the players improved as they progressed in the competition which bodes well for next year, when they will have more experience.

Time between bouts was spent making silver jewellery for mothers and sisters; at least 30 sets of earrings and pendants were made - and most of it was made by the boys!