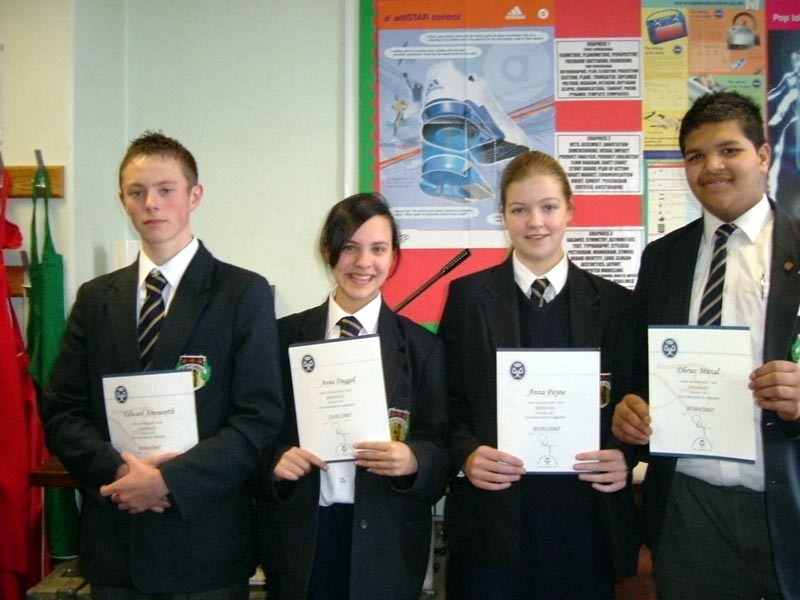 In March 2007, four more Year 11 pupils have completed their Duke of Edinburgh Bronze Award bringing the total Awards gained at this level to 230 since the scheme started.

Anna Duggal, Edward and Dhruv have since progressed to the Silver Award and are currently planning an Expedition with 25 other participants tot he Galloway Hills in Scotland later in 2007.