The visit to BRGS of Ibi and Waldimir Ginsburg took place on Friday 25th January and was organised by Margaret Stanley.

Ibi and Val spoke about their experiences to all of Year 9 who found it to be a most moving experience.

Val signed his book called "And Kovno Wept." for us and there is a photo of this 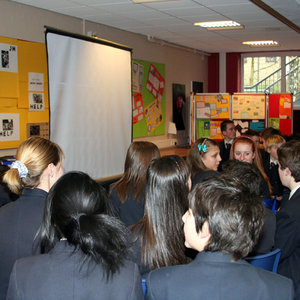 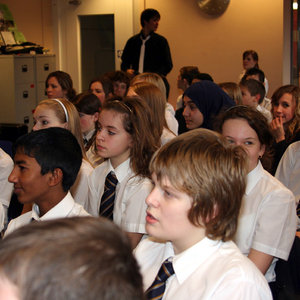 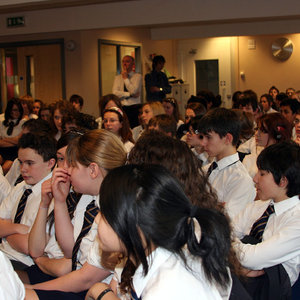 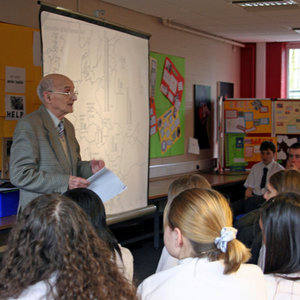 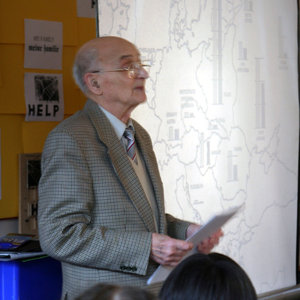 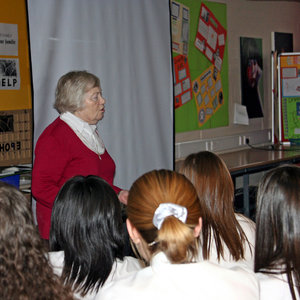 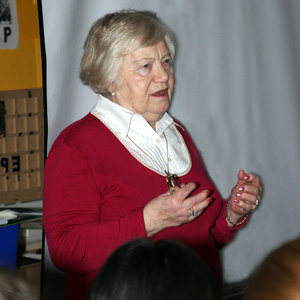 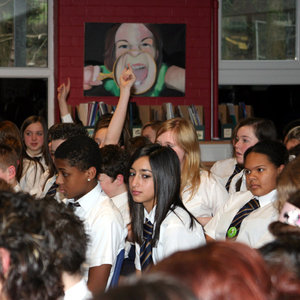 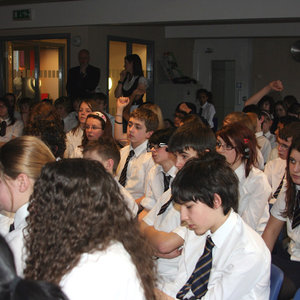 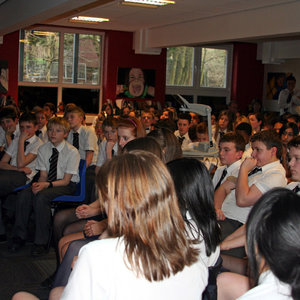 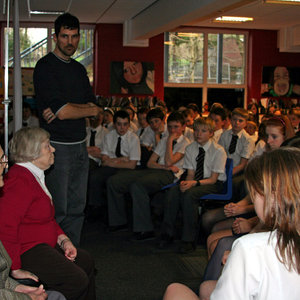 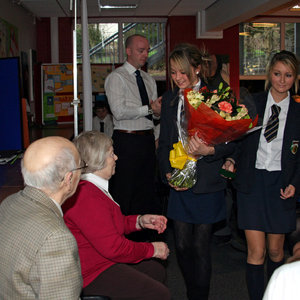 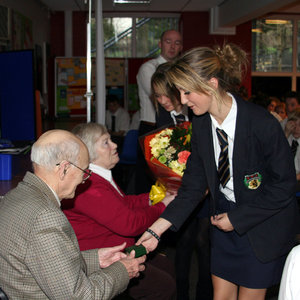 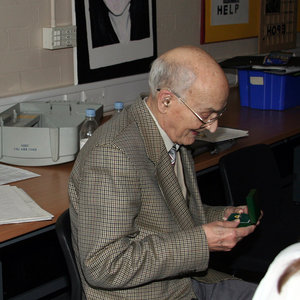 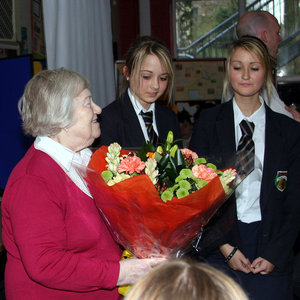 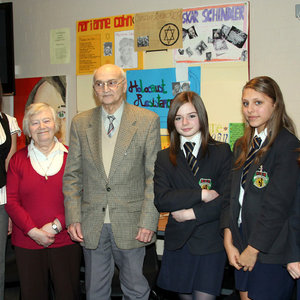 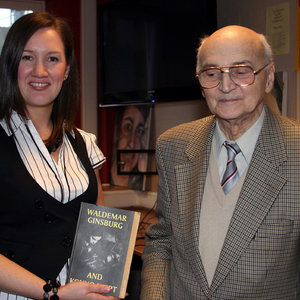 Waldimir (Val) was a student of architecture in Lithuania when the Second World War began. Lithuania was trapped between Stalin and Hitler and Val’s family met to discuss whether to flee to Communist Russia or stay in Lithuania when the Nazis invaded. They decided to stay in Lithuania. The family became victims of the Nazi persecution and were moved into the ghetto of Kovno. After spending the war in various ghettoes and concentration camps, working as a slave labourer, Val ended up in Dachau concentration camp, near Munich. He was liberated from Dachau when the war ended. Val was the only one of his family of 14 to survive.

Ibi was born in Hungary, the eldest of four sisters, and when the Nazis invaded in 1944 was transported to Auschwitz-Birkenau. It was here that Ibi was separated from her mother and two youngest sisters, all of whom perished in the gas chambers shortly after their arrival. Ibi was transported from Auschwitz to a number of other camps in Germany and eventually arrived in Dachau, where she was liberated by the Americans.

Ibi and Val met when Ibi was acting as a nurse and Val was recovering in the hospital at Dachau. They fell in love and married in Munich in 1946. They moved to England in 1948 and settled in Elland, West Yorkshire, finding work in a textile factory owned by a cousin.

Like many other survivors, Val and Ibi found it too painful to talk about their experiences during the Holocaust. However, when their children were old enough to ask questions about why they did not have grandparents, aunts and uncles like other children, Val and Ibi decided that they would have to share their experiences. They talk regularly to school groups and Val has written his testimony in a book, ‘…and Kovno wept’.