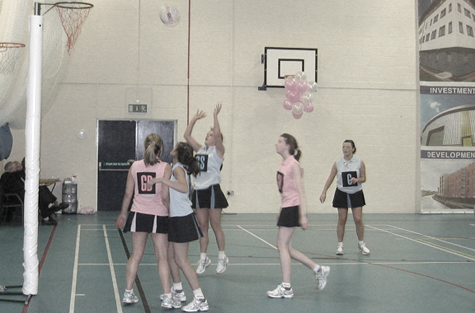 On March 4th, Mr Haycocks, Mrs Smith and some of the girls from the World Record beating netball team were invited to the Radio Lancashire studio in Blackburn.

They were invited to participate in a discussion about amazing, strange and interesting world records that have been broken in Lancashire.

The radio presenters and producers were in training for a male v. female netball match to raise money for Sport Relief and they were particularly interested in our BRGS staff mixed netball match and whether the male members of staff could follow the rules for netball.

The girls from Year 11: Nansi Pallavus, Sara Davison, Sam Swain and Natalie McManus all contributed to a lively discussion and even read the weather forecast!