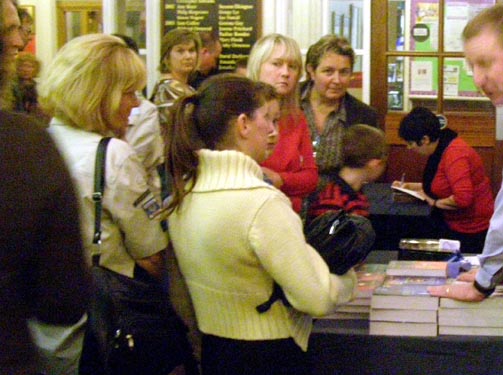 To help promote the National Year of Reading, on Monday 8th September, BRGS pupils were given the chance to meet Joanne Harris, acclaimed author of Blackberry Wine, Five Quarters of the Orange, Coastliners, Holy Fools and Chocolat, later made into an Oscar nominated film starring Juliet Binoche and Johnny Depp.

She spent much of the day at the school, in the morning, treating an appreciative audience of Year 8 students to key readings from her latest title, discussing main characters and the influences that helped create the book. Eager pupils then bombarded her with a wide range of questions concerning her writing style, themes and the fascinating world of publishing.

When one pupil asked the inevitable question, ”Had she met Johnny Depp?”, pupils were then regaled with tales from the set of Chocolat and a few of the quirks of the A- list cast. After the discussion, enthusiastic pupils then flocked to get their copies of Runemarks signed with personalised runes.

Later, in the school library, Ms Harris held a discussion with Year 12 English language students to advise them on creative writing for their A-Level coursework. They were given the benefit of her valuable experience, including how to avoid the many pitfalls that can hinder many a budding writer. In the evening, Ms Harris then shared more valuable insights concerning the process of writing with Year 7 parents, teachers and other members of the Rossendale community.

Head of English, Miss Dougherty, commented: “It is so important that schools provide opportunities for pupils that extend beyond the classroom, especially when inspiring a love of reading and interest in the craft of writing. It was so wonderful to see the excitement and engagement in the pupils meeting an author of the calibre of Joanne Harris. The queue for the book signing stretched right around the hall!”

"Seven o'clock on a Monday morning, 500 years after the End of the World, and goblins had been at the cellar again..." 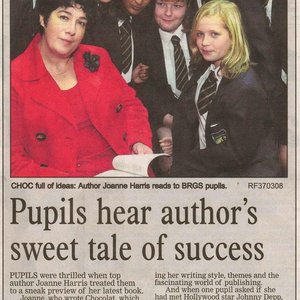 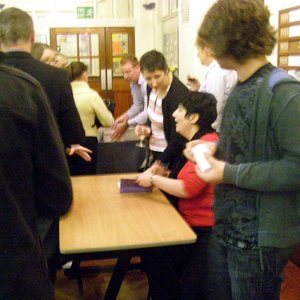 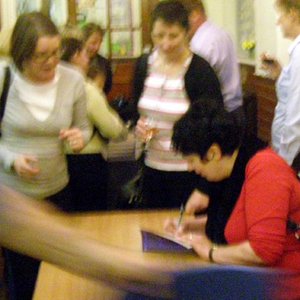 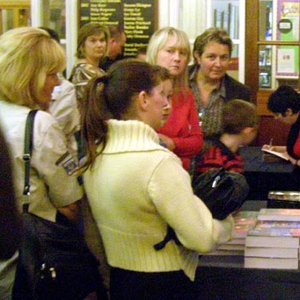 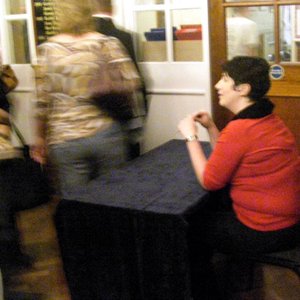 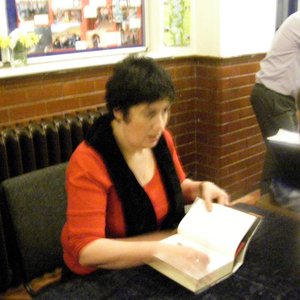 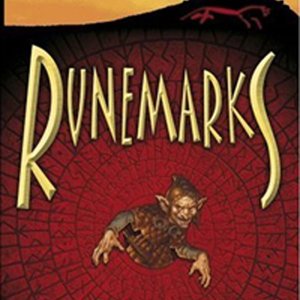