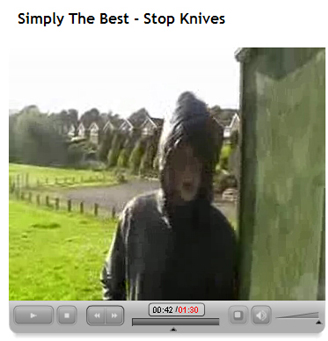 A more light-hearted approach to the very serious subject of knife crime.
Patrick Holt and Tom Atkinson in Year Twelve have produced a short film on knife crime as part of a national competition.

The main idea of the competition is to raise awareness of the dangers of carrying a knife.

If the film wins, it will be broadcasted through a fairly minor satellite channel and also through schools.

The latter is of course the most important as the point of the film is to get kids talking about carrying knives, rather than actually carrying them!