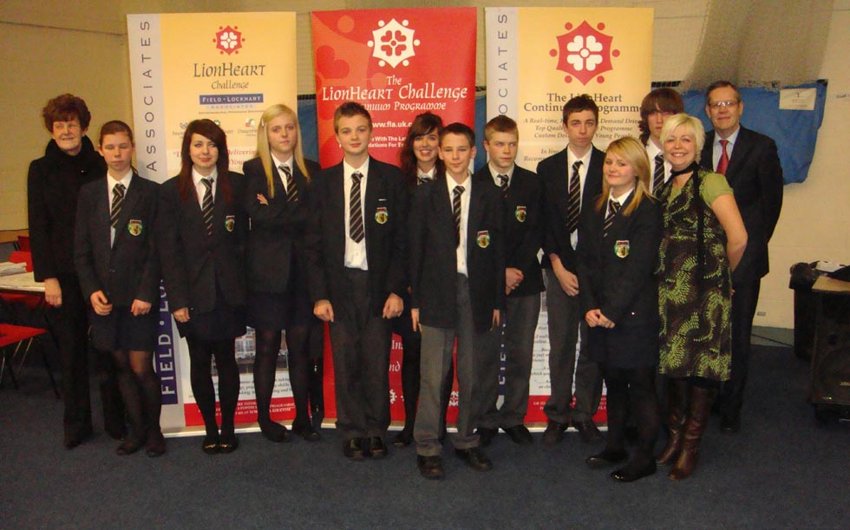 The New Year of 2010 began with a difference for Year 10, as they arrived in school on the first day of term to be faced with a challenge, not only the snow, but a challenge which would need the heart of a lion!

The Year 10 timetable was suspended as the entire year group was given the opportunity to take part in the first round of the national competition ‘The Lionheart Challenge’ to find the most successful enterprise team in Year 10 at BRGS.

Students worked in teams of ten, in a highly demanding, action-packed, task-driven business challenge which ran throughout the whole school day in the Sports Hall.
They were able to focus on developing their enterprise skills within an approach that truly reflected the working world and engaged them in a completely different way to the classroom.

The teams were supported by a team of Business Coaches from the Lionheart team as they worked to deliver a brand new product or service designed to improve road safety for young people for today.

From the very beginning of the challenge the atmosphere in the hall was highly charged as students worked together on the development of their ideas, researching the market and formulating a highly detailed finance package for their product.

The afternoon culminated with each team presenting their idea to a team of judges in a format which resembled the television programme ‘The Dragon’s Den’. Standards were extremely high and the judges commented on how difficult their task had been.

Awards were given in the following categories:

The overall winning team, Team 3, now go forward to the regional heat which will be held in the summer term.

The Winning Idea: “Glowsafe” the personal hair products and washing materials which reflect when in headlights.

Special thanks must got to the Lionheart team and our judges for the day, Mr and Mrs Skilling.