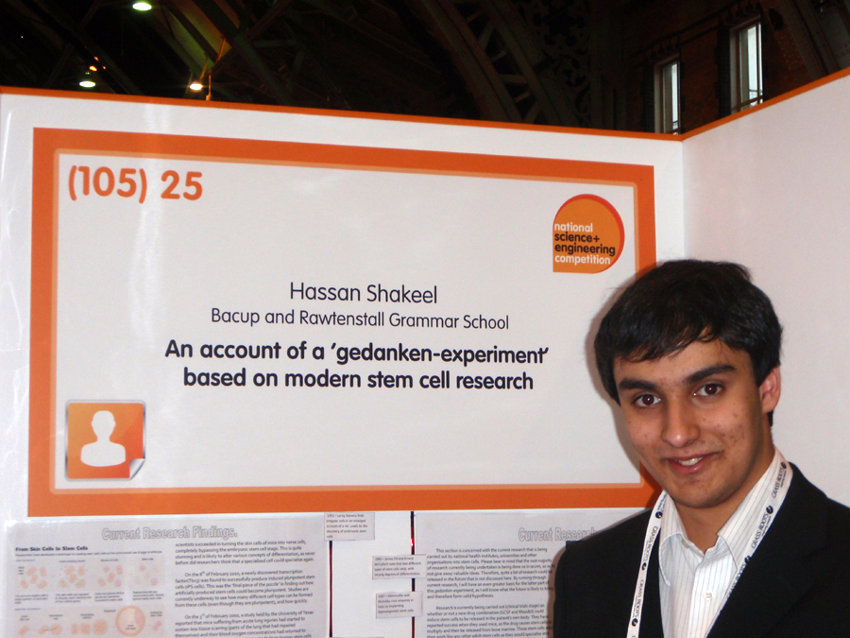 BRGS Scientists have been celebrating some significant successes over the past month.

Year 13 student, Hassan Shakeel was selected to showcase his work on stem cell research at The Big Bang: UK Young Scientists and Engineers Fair - held between 11-13 March in Manchester - where students had their own stand to show-off all their hard work to over 13,000 scientists, engineers, employers, teachers, parents, students and celebrities. Some students were chosen to face a VIP panel in the competition finals.

The competition is open to all 11-18 year olds across the UK who have completed a project or activity in any field of science, technology, engineering or maths. The field of over 200 entrants was narrowed down and eventually Hassan was placed 8th overall in the senior category.

Miss Bowden, Head of Chemistry at BRGS, accompanied Hassan to The Big Bang and said: “I am really proud of Hassan’s achievement. His work was complemented on by a Nobel prize winner and the drug company Astra Zeneca expressed interest in his project into stem cell research.”

Hassan’s talent for chemistry was endorsed by the Royal Society of Chemistry which has awarded him a gold award for outstanding performance in the International Chemistry Olympiad.

Other A level chemists who excelled were: Zayd Abdullatif (silver), Yevgeniy Riley (silver), Lauren Cook (bronze) and Jonny English who received a commendation. 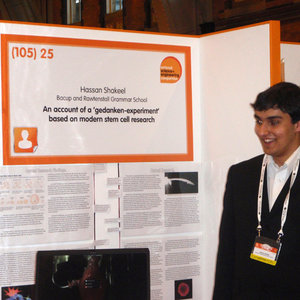 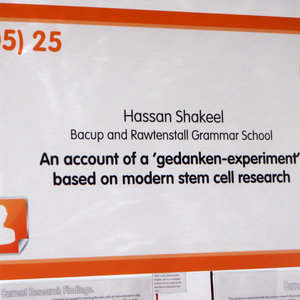 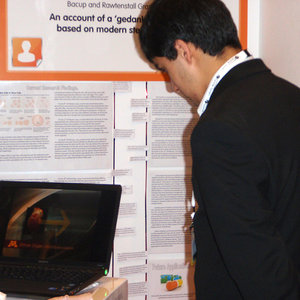 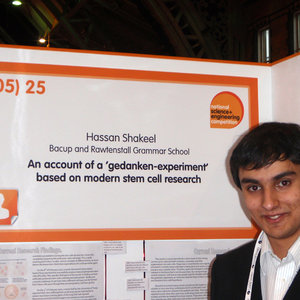 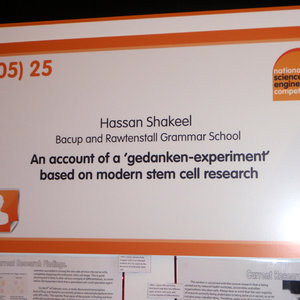 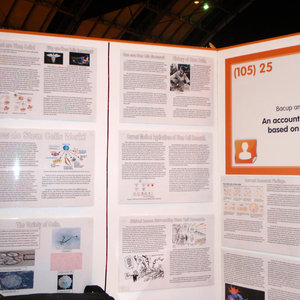 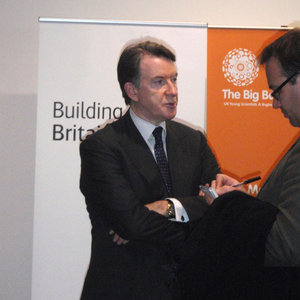 More about The Big Bang competition

Do you ever wish that the work you produce in class or clubs could gain wider recognition?

The National Science & Engineering Competition is open to all 11-18 year olds and accepts entries that have been completed as exam coursework, class projects or even in the students’ own time. It’s quick and easy to enter and could lead to many exciting opportunities for students, schools, colleges and teachers alike.

The competition, now in its second year, will hold its finals at The Big Bang: UK Young Scientists’ and Engineers’ Fair in March 2010 at the Manchester Central. The lucky finalists and their teachers will be invited to showcase their work at the fair and will also have the opportunity to meet a number of
professional scientists and engineers from research and industry, as well as VIPs, celebrities, other like-minded students and teachers.

The competition boasts a range of fantastic prizes totalling over £50,000 and to ensure appeal across the age range these will be divided between three age categories and also between individual and team projects.

Last year’s winners have received ongoing acclaim for their work, including a visit to 10 Downing Street, a personal message from the Prime Minister and a VIP visit to a cutting-edge research facility where they were congratulated by HRH The Duke of York. The students and schools involved have received a great deal of positive media coverage.

So, if you wish to be a part of something very special, why not get involved this year?

More information is available on www.nationalsciencecompetition.org.