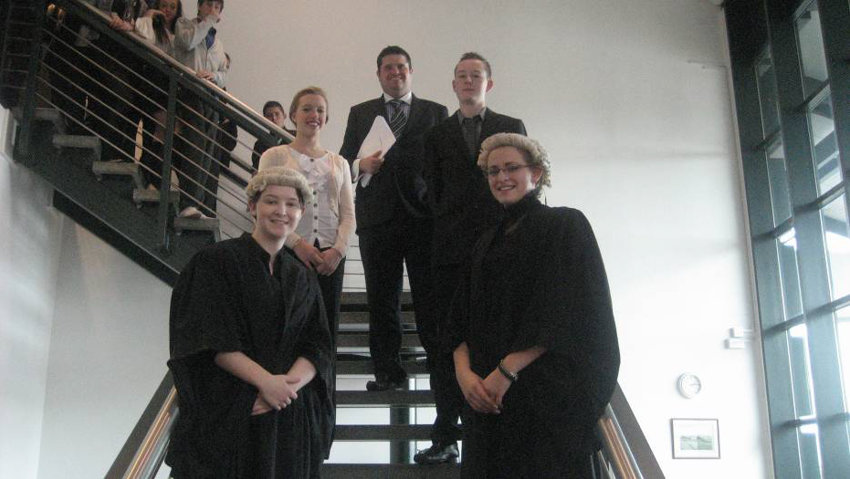 On the 20th November our sixth form moot team took time out of their weekend to participate in a mock trial at Preston Crown Court.

The team mooted two trials, one concerning an assault and the second concerning the theft of a car.
The winning team was decided by real Crown Court Judges. The team won two of their three trials and were beaten by a point to the finals by Clitheroe Grammar School. However they performed exceptionally well given that most of the team were year 12 students who had never mooted before and had only a few weeks to prepare.

Adam Hathaway did so well in his role as the defendant he was personally singled out by the judge and highly praised. Miss Mills and Mrs Reynard would like to congratulate the students on their massive
achievement in this competition. We both hope Year 8 and 9 students receive as much
enjoyment from their upcoming Magistrates’ Mock Trial!