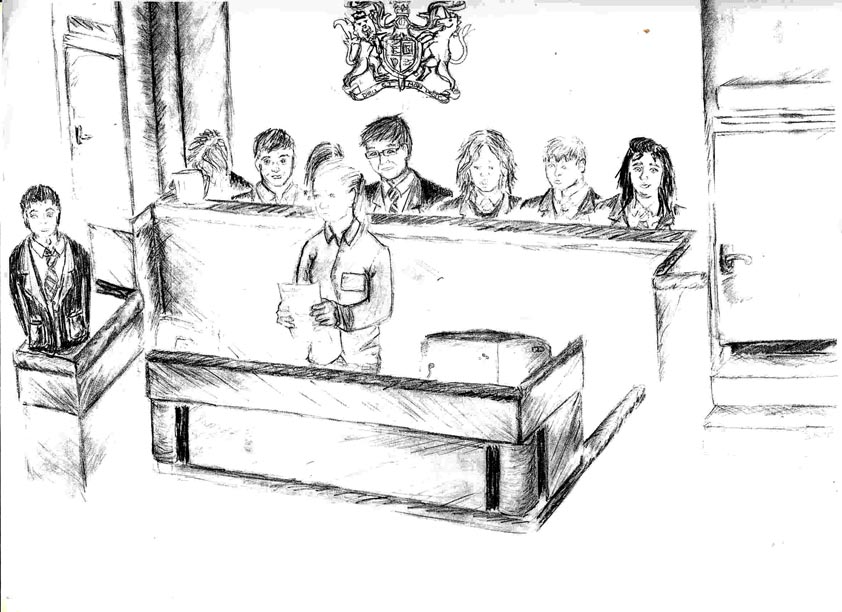 On Saturday 17th March pupils from Years 8 and 9 travelled to Leeds Magistrates Court to compete in the regional round of the mock trial competition run by the Citizenship Foundation.

After a rocky start that led the group to the local sorting office instead of the courts, they arrived to compete against Cockburn School.

The defence counsel, Jacob Fielder and William Moppet put in an impressive performance and won both the not guilty verdict they wanted and the round.

This was followed by another remarkable performance by prosecution counsel, Sarah Taylor and Angelica Fitzpatrick against Crompton House School. The girls also secured their guilty verdict and won the round.

Both teams were involved in a case involving the handling of stolen goods by George Low, played by Callum Lanford. Other members of the team included; Tom Gallagher and Georgina Chick as the prosecution witnesses, Jo Martin as the defence witness, Iona Cloran as the legal advisor, Abigail Swallow as the usher and James Williams, Amy Duncan and Eve Williams as the magistrates.

The teams were judged by impressive individuals such as the Lord Mayor of Leeds and the Superintendent of West Yorkshire Police.

BRGS put in an excellent performance overall after weeks of practice and missed out on winning the regionals by 2 points, again!

Thanks to all the students involved and Mrs Taylor and Miss Mills for organising the competition, even if Miss Mills’ navigational skills are in question!