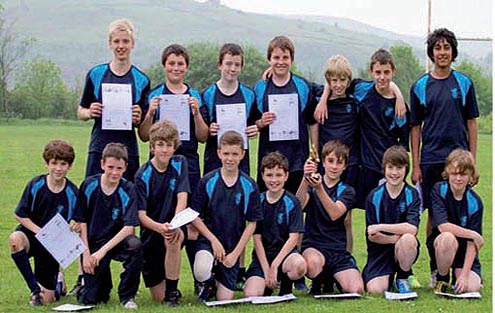 The Year 7 rugby team were winners at the Rossendale Schools’ Rugby Tournament with a 100% unbeaten record. The round robin tournament involved matches against Fearns, Whitworth, Haslingden and Alder Grange High Schools.

Special congratulations to Mark Rutherford-Shaw who finished as top try scorer but all players deserve plaudits for their determination, commitment and effort. It all went down to the final game of the competition and the team turned round a 2-1 deficit to beat Alder Grange 8-2 to win the trophy.