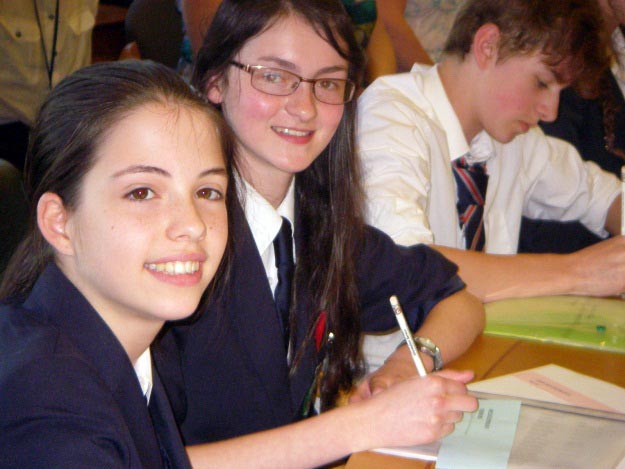 The Lancashire Book Award has been a huge success this year, the winning book being “He’s After You” by Chris Higgins.

The process was best described by Sophie Duncan in the presentation ceremony in County Hall, Preston: “I have thoroughly enjoyed the whole process of choosing the Lancashire Book of the Year Award. I am a keen reader and I was extremely excited when my teacher informed us about what was happening. I began reading the books straight away and I read the good ones in one night. I enjoyed reading a variety of books as I wouldn’t usually read some of them, that’s one of the main things I like about the award, not only is it chosen by children, but it gets us to read lots of different books.
When I was chosen to meet another school to talk about the books, I was delighted. I thought the library was the perfect venue for the meeting and I liked seeing what other people thought of the book; I also liked expressing my views about the books. When we had our top ten, I was happy with our choice books but I knew there was no guarantee of what the final top ten would be from all of the schools.

I was really excited to come to the County Hall. It was exciting to enter the building where so many major decisions are made and where most adults in Lancashire have never been. When we arrived we went into a beautiful, panelled room and sat around a circular table; I really liked this because we could see everyone. We also had name-plates. I liked this as well because we could get to know everyone. After we had spoken about the books we liked, the top ten were announced; it was really interesting to see what the other teenagers thought of the books. Then we were given the top ten to read.
Because we got ten books per school and there were two of us, we took five books each; Sarah and I are both keen readers, we read enthusiastically and then we swapped. Then we wrote reports on the books and rated them out of ten. After we had both read all ten books, we swapped again so we could have the books fresh in our minds, ready for the second meeting.

At the second meeting, we debated and in some cases argued and came up with a top three and then we voted for the winner.”
Sarah Taylor from 9G expressed why Chris Higgins was the winner to the dignitaries in County Hall: “Maybe the reason that Chris has been so successful is that her books deal with issues that teenagers can identify with. “He’s After Me” is slightly different from her other books – it’s older, darker and a bit scarier, dealing with the issues of love, passion, divorce, crime and conflicting emotions. Fans of “He’s After Me” will be pleased to hear that Chris is writing a book of the same genre at the moment. With the immense popularity of “He’s After Me”; we are all very much looking forward to reading it.

The prize was presented to Chris Higgins by Sarah Taylor from 9G, and Jack Fallon and Ross Entwistle were also invited as they had been at the discussions in the early rounds. All four received signed books.

But, best of all, was that thirty-four students from 9G and 9N had their reviews printed in the magazine that will be distributed to every school in Lancashire and some students, like Katie Hoyle from 9N, had up to seven of their reviews included.

So was it successful? Sophie thought so: “Overall, I have thoroughly enjoyed the experience and I wish I could do it all over again; I would encourage everyone to take part in it as it is really inspiring. The Lancashire Book of the Year Award has encouraged me to read even more than ever" 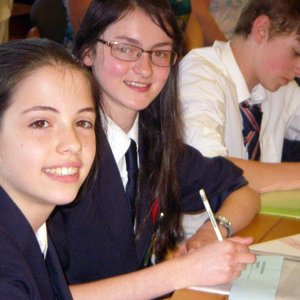 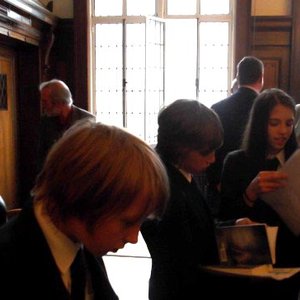 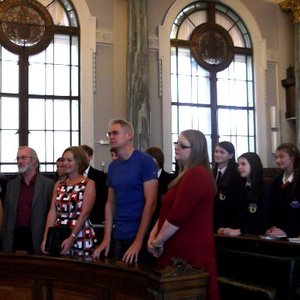