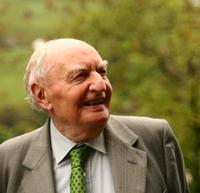 "We are what we are because we stand on the shoulders of those who have preceded us. May we so live that those who follow us may stand on our shoulders."

The following information is based on the extracts from 75 years of BRGS and Reflections of a Headmaster.

Mr Philip Lane Clark MA FRGS was Headmaster of Bacup and Rawtenstall Grammar School from 1969 – 1987.  Unlike his three predecessors, he did not have to contend with the threat or aftermath of the World Wars but did have to fight for the school’s existence against “pretty fierce in-fighting between the 11-18 lobby and the 11-16 protagonists” (75 years of BRGS) alongside the possibility of Grammar School closures.

Mr Clark came from the Midlands but received some of his education in Sheffield and had strong leanings towards Yorkshire.  After completing service as an Education Officer in the RAF he was Head of Geography at Coleshill Grammar School in Warwickshire and then he proceeded to Bingley where he became Deputy Head of a School which was becoming comprehensive.

He believed that Headteachers should live locally and with his wife, Cynthia, and two sons, Stephen and Nicholas, he lived in Rawtenstall.  As a non-car owner, he would catch the bus alongside early-rising pupils and his lack of car has never stopped him from traveling to various educational functions. In fact, over the course of his 60 teaching years for the WEA (Workers’ Educational Association) in Wolverhampton which he retired from in his mid-80s he caught 6,000 trains and delivered 400 sessions!

At BRGS, on his arrival Mr Clark inherited a nucleus of long-serving, experienced staff and a school of over 700 pupils, a staff of 40 teachers (of whom, 12 were alumni).  Of that staff, 19 were still at BRGS at the end of Mr Clark’s headship with 8 having retired during the course of his leadership.

Mr Clark was deeply involved in the life of the school and a great skill of his was to know everyone by name.

Known as a raconteur, keeping his audience engrossed in his stories, Mr Clark’s first Speech Day was a great success with one colleague commenting that they had not expected to be rolling in the aisles whilst listening to the Head’s speech!  In one of his Speech Day reports he gave an indication of how his school day begins.  A lost pencil-case, for example:  “How”, I ask, “can the pencil case by identified?” “Well,” says the girl, ”it’s blue denim and has a female woodpecker on the front.” “I’m sorry, I don’t know how to recognise a female woodpecker.” “Oh, that’s easy – it’s wearing a skirt.”

BRGS had long offered sixth form studies to all with favourable results at the age of 16+.  However, in December 1970, Mr Clark announced the intention of a comprehensive Sixth Form intake which has thrived over the years.  Mr Clark introduced Form Captains and Vice-Captains alongside Form Prefects to ensure greater involvement between the Sixth Form and Lower School; a system which continues today.

During his headship, in 1980 Mr Clark contended with the discovery of dry rot in the building which meant rooms had to be stripped of plaster down to the brickwork and were successively out of action with some lessons taking place at the Lea Bank centre with significant teaching time lost to travelling between venues.  The next crisis was in January 1981 with the failure of the school boilers whereby Mr Clark sent for 35 electric heaters to keep the school running!

Reviewing the happenings of 1985 in the School’s “Squirrel” magazine, Mr Clark reflected on the “adaptability and resilience” of pupils in the face of threats to the existence of the school and also “two successive years in which the run-up to summer exams has been disrupted by ‘teacher action’, mercifully alleviated at BRGS by the fact that teachers, whilst loyal to their union, were endowed with feelings of stronger unity with the pupils they teach.”

Mr Clark on his arrival began a boys’ hockey club which by 1977 became legendary.  He had played hockey in the services and introduced it with great success, training and coaching with great enthusiasm. Opponents in the immediate vicinity were few and  far between which necessitated travelling for many hours to different venues.  Alyn Lamb eventually played for England as well as Mr Clark’s youngest son, Nicholas, with four further students representing their country in the sport by 1987.  After that point, it became commonplace to play for the County with BRGS in the 1980-81 season having six boys in the County U14 team, 6 in the U15 team, 3 in the U16s and 3 (including the Captain) in the Y19s.  Five played for the North-West of England and Nicholas Clark for England – all in one season!

In addition to sport, Mr Clark had a love of music with every first year child (Year 7) learning to play an instrument meaning that the school orchestra was healthy.  Furthermore, Mr Clark established the School Charities Committee in 1970 which has been responsible for the raising of significant funds for the local community and beyond.

One of Mr Clark’s reflections included:

“The buildings were occupied 200 days each year by hundreds of young people who possessed a natural dignity and joy in achievement borne of an upbringing that was always solid working class. Pupils were so reliable and their conduct so exemplary that, by the mid-eighties, all school rules had been abolished. The school ran perfectly well without them.”

It is written in 75 years of BRGS that “no one is indispensible, but some are most certainly irreplaceable. It would be difficult to find a successor so dynamic, so hard-working, so highly-intelligent, yet so tolerant of the less able, so humane and so humorous, as Philip Clark.”