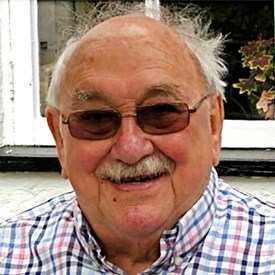 Former student Professor Brian Selby Hartley died at home on the 3rd May 2021 at the age of 95 years.

He had a distinguished career shining brightly in the bioscience world and was the first BRGS student to win a scholarship (in fact, three scholarships!) to Queens' College, Cambridge.  Brian graduated in organic chemistry in 1947.  He then spent two years completing National Service as a naval officer stationed at the Fleet Air Arm Station, Malta as a Meteorological Officer.  After National Service he married Kathleen, who he met at Cambridge University, at Belfast Cathedral and they had four children: Patrick, Chris, David and Victoria.

After Cambridge and National Service, in 1949, he joined Bernard Kilby’s group in the Biochemistry Department at the University of Leeds and was awarded his PhD on ‘The mechanism of action of chymotrypsin’ in 1952.  For postdoctoral studies, Brian returned to Cambridge, to Malcolm Dixon’s enzyme unit in the University’s Department of Biochemistry where he fell in love with protein chemistry and decided he wanted to determine the complete amino acid sequence of chymotrypsin - this took him 15 years to complete.

With Fred Sanger in the department, Brian was able to learn the technique of end-group labelling with fluorodinitrobenzene from him. He also worked with Fred’s student, Mike Naughton, to label the active sites of trypsin, chymotrypsin, elastase and subtilisin with 32P-di-isopropylfluorophosphate (DFP) and do partial acid hydrolysis.  Brian took up a two-year Whitney Fellowship with Hans Neurath, in Seattle USA where he on ion-exchange methods for peptide and protein purification, which had been developed by his friend Herb Sober. Before leaving Cambridge, Fred had offered Brian a post in his group when he returned to England, and so in 1960 when he came back to Cambridge, Brian found himself spending his time liaising with the MRC Unit and in designing the LMB. He helped design the fume cupboards and with Michael Fuller designed the arrangement of the third-floor laboratories, into which Fred’s group moved in early 1962.

Now at the LMB, Brian became a Group Leader in the Protein Chemistry (later PNAC) Division, of which Fred was the Head of Division. Brian continued his work on the sequence of proteins, making several major scientific contributions and inventing new methods in analytical protein chemistry.  His contributions were lauded with Max Perutz in 1972 writing: “Without Hartley’s ‘diagonal’ method the recent advances in determining the chemical constitution of immunoglobulins would hardly have been possible” (Letter from Max Perutz to P. T. Matthews, 25th April 1972. Biographical File, LMB Archive).  Indeed, his contribution to the world of science was recognised in 1971 when he was elected as Fellow of the Royal Society ‘for his studies on the structure and mode of action of the proteolytic enzymes.’

Brian published the complete sequence of chymotrypsinogen-A in 1964, a record at the time, as no protein of comparable size had yet been sequenced. After this, Brian’s interest moved from enzyme function to comparative evolutionary studies showing that mammalian serine proteases, including the blood clotting cascade, had the same structures and mechanisms, indicating a common evolutionary origin.

Brian left the LMB in 1974, to become Head of Biochemistry at Imperial College London, developing it into a centre for molecular biology. His group continued to develop techniques for experimental enzyme evolution. In 1982, seeing the need to exploit breakthroughs in molecular biology, he set up the Imperial Centre for Biotechnology and became its first Director. He was a founding board member of Biogen, the genetic engineering company, and founded several other similar companies.

Brian was an advocate for young researchers and students, championing their work.  He supervised many successful PhD students including the future Nobel laureate Sir Greg Winter who was at Brian's bedside when he died.

Greg Winter recollects: “Brian had a great influence on my early development as a scientist, and certainly his enthusiasm for evolving protein molecules rubbed off on me and others, including Michael Neuberger. I remember my time as Brian’s PhD student with great affection, although he was a somewhat daunting figure. He fizzed with ideas, and would gesticulate ferociously with his pipe, expounding his latest brainwave, or arguing science with César Milstein in the corridor. I also feared being shut up with Brian and pipe in his small office to go over my results, and being thoroughly fumigated all morning. Fortunately, these events were rare, as Brian expected his students to sort out things out for themselves, but if needed, he would offer the burst of intellectual energy, enthusiasm and criticism needed to get things back on track. His pithy advice ranged from the best problems to tackle to the thoroughness expected in science. He advised me to get on with experiments and not waste time reading the latest papers, as “if it’s really important, someone will tell you!”"

After retiring, Brian starting to research 'The Hartleys of Rossendale' which he and his brother Gordon had traced back all the way to the 14th Century - a publication available on Kindle.

Emeritus Professor Howard R. Morris sums up Brian in the following:  "Brian Selby Hartley, a truly brilliant and inspirational scientist who has been an enormous and positive influence on so many people. Thank you Brian most sincerely for everything that you did for us, and may you rest in peace."

With thanks to the MRC Laboratory of Molecular Biology for much of the above detail.  To read more on Brian's scientific achievements please go to https://www2.mrc-lmb.cam.ac.uk/brian-hartley-1926-2021/ 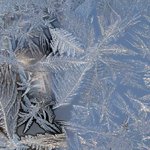 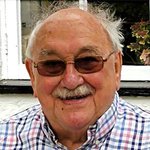 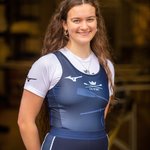